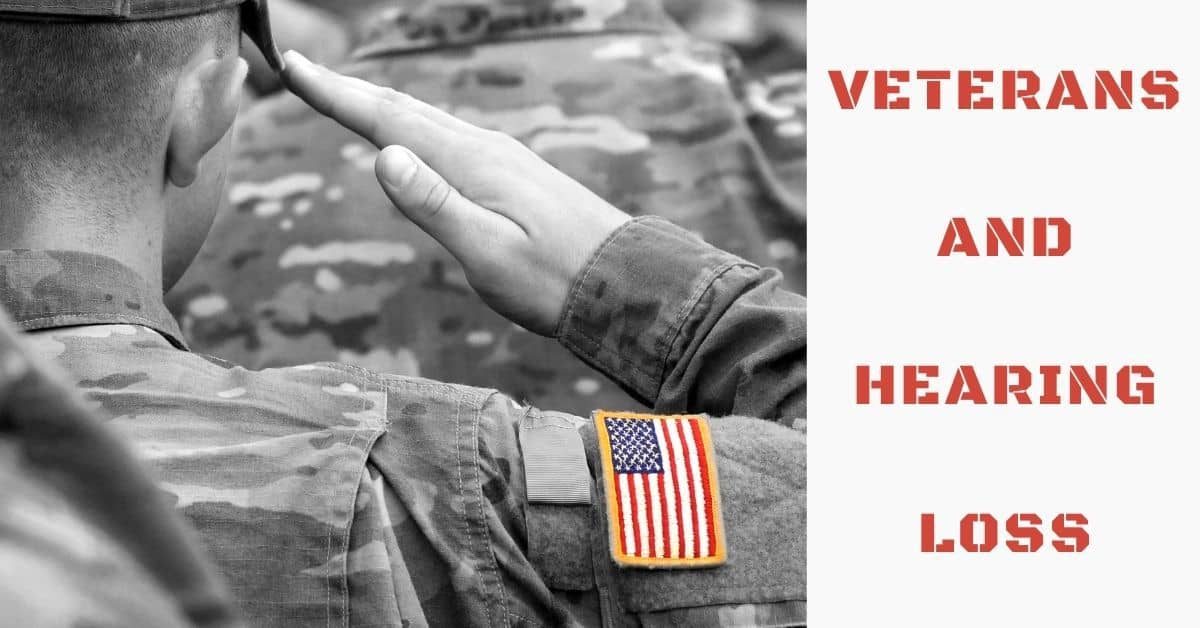 Serving this country is an honor but it can often come at a great sacrifice. As veterans return home from duty there are several challenges they face, especially if they were stationed in combat zones. According to Veteran Affairs (VA) more than 933,000 veterans have received compensation for hearing loss and more than 1.3 million veterans are receiving disability benefits for tinnitus.

Risks for hearing in soldiers

It is always important to wear hearing protection, but no matter what precautions soldiers take there are dangers that are hard to avoid. For instance, soldiers in combat zones are exposed to gunfire, aircraft engines, loud machinery and explosions.

It is often hard to predict when you will be exposed especially in high stress situations. Hearing loss can be affected by exposure to loud noise quickly or over a period of time depending on the level of the sound. A single exposure to an explosion can reach 140 decibels, damaging hearing immediately. Other risks to hearing, like exposure to loud engines over a longer period of time, can create long lasting hearing damage. Often people don’t realize till much later that their hearing has sustained irreversible damage.

Tinnitus is the number one disability among veterans.

Tinnitus manifests often as a buzzing ringing or whooshing sound in the ear that has no external source. It is often caused by exposure to excessive noise or head injury, which damages the fragile inner ear, causing feedback through the auditory nerve to the brain.

The VA reports that tinnitus is the most common disability, affecting veterans, surpassing PTSD (post traumatic stress disorder) often caused by noise exposure from gunfire and explosions during combat. Tinnitus can be very stressful as veterans search for silence they cannot achieve due to the constant extraneous noise. It is common for stress to exacerbate the effects of tinnitus, creating a vicious cycle including greater instances of stress, anxiety, depression and insomnia.

In fact, a 2015 study on tinnitus in veterans revealed that 70.1% had anxiety, 59.3% had depression, and 58.2% suffered from both anxiety and depression. While tinnitus does not have a cure, The VA encourages veterans with tinnitus to seek help to manage their reaction to tinnitus, which can ultimately minimize the effects.

Auditory problems are the most common service-connected disability in 2019, according to the U.S. Department of Veterans Affairs and the fourth leading cause of medical referral for Veterans of the United States military. Auditory Processing Disorder (APD) refers to complications in how the brain comprehends speech. The sounds may be loud and clear however those affected by APD don’t pick up on the subtle differences between them.  While doctors are still searching for more information on the cause of this condition in veterans, it is suspected to be caused by exposure to blasts, head trauma and brain injury.

Why veterans should address hearing loss

Hearing aids amplify the sounds around you that are difficult to hear with damaged hearing, sending the sound to the inner ear to be processed by the brain. Because hearing loss and tinnitus in veterans often strike earlier it is important to address symptoms immediately. When hearing loss goes ignored it is difficult to maintain conversation. Conversation is often the building block of healthy relationships, with friends, co-workers, family and spouses.

When these relationships are compromised because of communication difficulties it can lead those suffering to withdraw from social situations and settle in depression. The longer hearing loss goes unaddressed the worse the more rifts in communication can progress. Your job, your friendships and relationships can all suffer.

We salute our veterans! Now it is time to care for you!

If you are dealing with hearing issues don’t let them control your life. Make an appointment with us for our comprehensive hearing services. We can help you explore your options with your particular hearing loss so you can hear your best and enjoy the life you deserve.