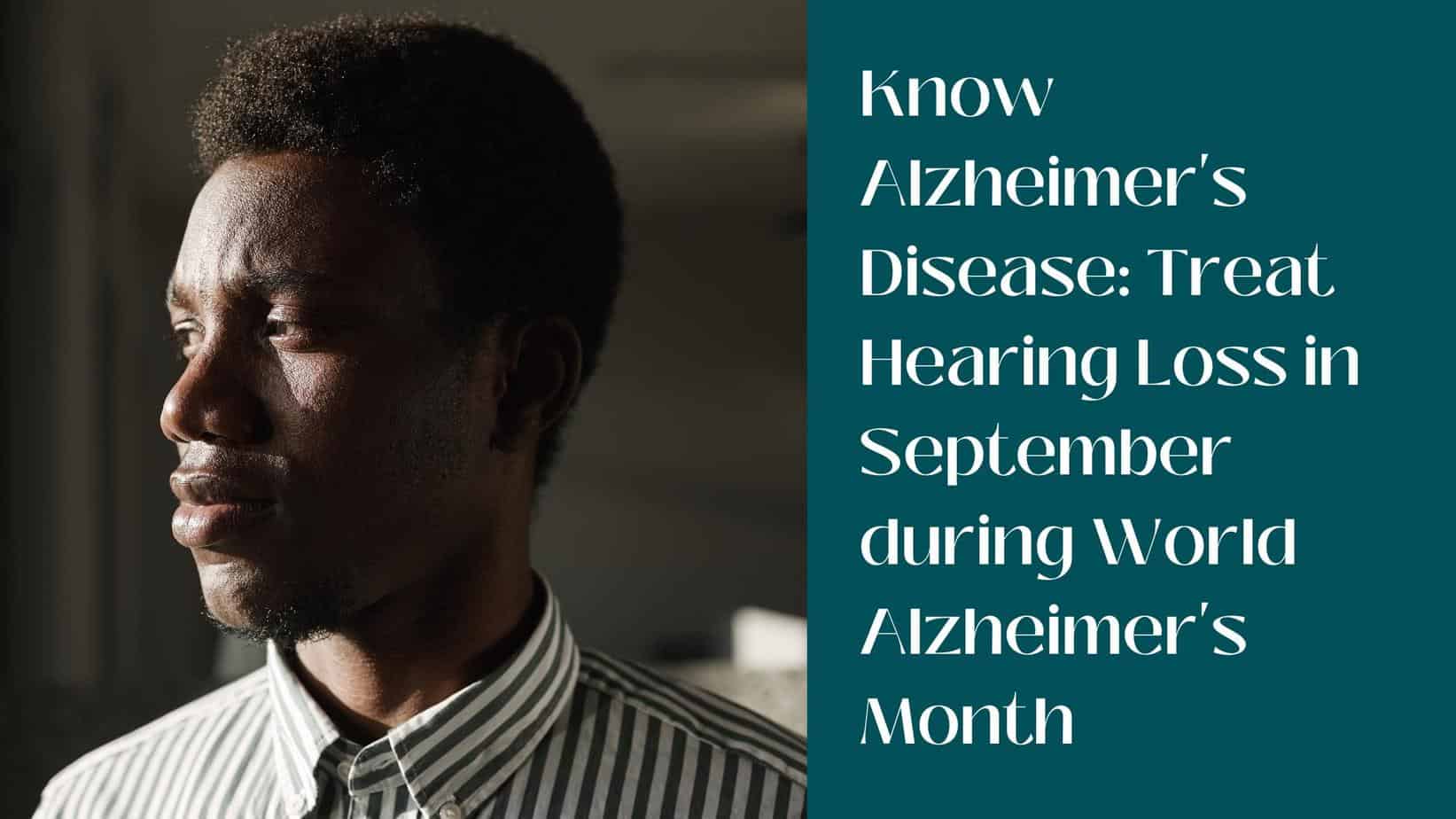 Each year, the month of September is set aside to remember World Alzheimer’s Month. At least 6 million people are currently living with Alzheimer’s in the United States alone, and that number is expected to rise to 13 million by the year 2050. Even at the present, it is estimated that 11 million people provide unpaid care for someone with Alzheimer’s, giving us a sense of the immensity of this condition and its ripple effects through communities and families.

As we consider this condition, we know that there is not currently a cure, but the most fruitful research has demonstrated the conditions that are known to produce higher rates within the population. One of the conditions that has this statistical effect is hearing loss. As we devote this month to acknowledging the many people who have Alzheimer’s or who care for someone with Alzheimer’s, let’s consider that parallel condition of hearing loss, as well.

Perhaps the real connection has to do with age. With that possibility in mind, researchers began to control for other factors, such as age. They created subgroups of people who had the same age and compared those with hearing loss and those without hearing loss. The statistical connection remained! It turns out that something about hearing loss makes a person more likely to develop Alzheimer’s than those who don’t have hearing loss.

When you dig further beneath the surface, it turns out that hearing loss has a neurological relationship with Alzheimer’s, as well. Brain scans of people with even minor cases of hearing loss show that they use different parts of their brains to process sound. This recruitment of parts of the brain to support other actions is related to a loss of brain mass in certain areas, and researchers also consider the increased cognitive load required of parts of the brain. When parts of the brain are overtaxed in this way, cognitive scientists suspect that ripple effects can lead to conditions such as Alzheimer’s and other forms of dementia.

Even with this neurological relationship in mind, why does the mind transition in this way? The process of communication might be an underlying factor. Those who do not have hearing loss gather sonic information from others’ speech and translate that into meaningful units of thought. However, those who do have hearing loss don’t gather a cohesive unit of sound. Instead, they hear only fragments of speech, and those fragments can be quite disorienting.

When the brain gets only a few random sounds, it can scramble to put together something meaningful out of that randomness. As you might expect, assembling a meaningful unit of thought from speech is crucial to brain functioning. When the brain has to struggle to put together a puzzle without all the pieces in too many situations, researchers speculate that cognitive disorders such as Alzheimer’s can result.

What Can You Do?

The good news is that hearing loss doesn’t need to remain a risk factor of Alzheimer’s for your loved ones. Getting treatment for hearing loss in the form of hearing aids has been shown to eliminate that additional effect. The first step is to get a thorough diagnosis of hearing ability and needs. By scheduling a consultation and exam with one of our hearing health professionals, you will embark on the path toward the treatment that can fill in the gaps in communication. When communication is a fluid and understandable process, you and your loved ones can experience the relief and ease in your relationships as well as the peace of mind that the higher risk of Alzheimer’s has been eliminated.